All information in this blog post is correct as of the publishing date,  14.01.19.

Whatever has inspired you to think about booking a trip to the Channel Islands, you should be sure to plan a tour of your chosen destination’s historic landmarks once you’ve arrived. The entire archipelago has a rich and wonderfully-preserved architectural heritage, and we would recommend taking a ferry to Guernsey or Jersey so that you can go exploring with the added convenience of travelling in your own car.

Here, we will introduce you to four of Guernsey’s best-known historic sites, all of which would be well worth discovering on your next visit to this beautiful island.

Probably the most famous landmark in Guernsey is Castle Cornet, which was built way back in the 13th century. Although several bloody battles and a freak lightning strike have necessitated the rebuilding of certain sections of the castle over the years, the ancient structure remains remarkably intact given its turbulent past and provides visitors with a fascinating journey through history. 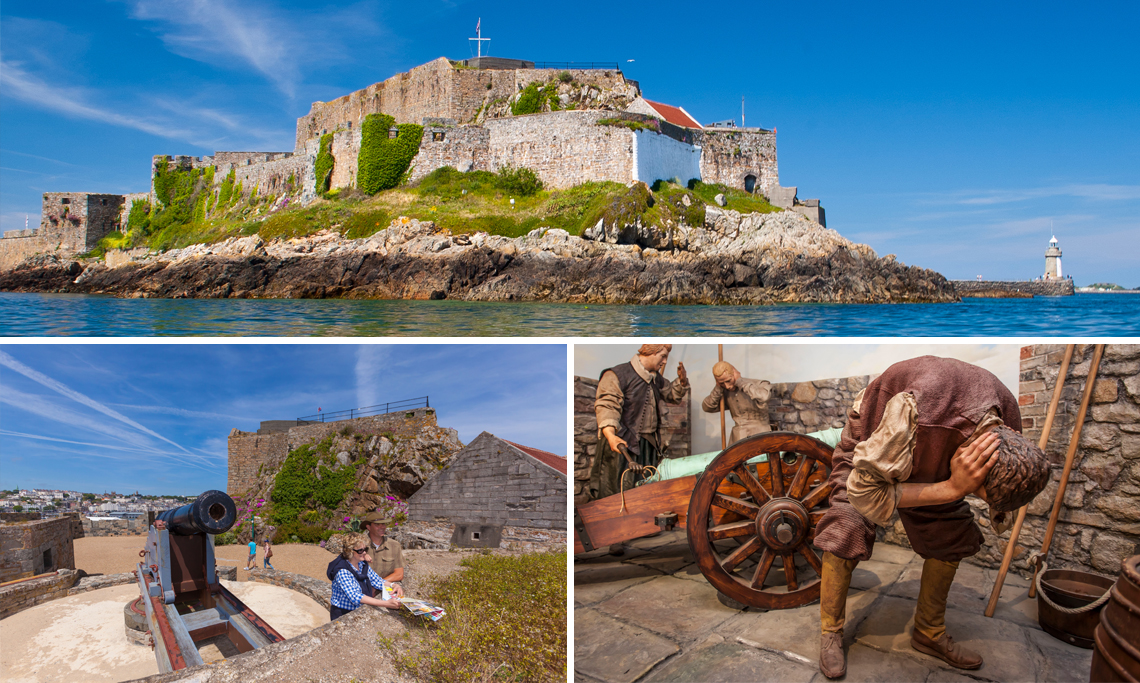 As well as its incredible architecture and the wonderful panoramic views that it offers of Guernsey and its neighbouring islands, Castle Cornet is full of informative educational areas that will teach you all about many different aspects of Guernsey’s colourful heritage. The castle is home to no less than five museums, which tell the story of the landmark itself, the RAF’s 201 Squadron (which has long shared ties with Guernsey), the island’s maritime history, the Royal Guernsey Light Infantry regiment and the ancient Royal Guernsey Militia.

In addition to all these attractions making Castle Cornet an ideal rainy-day destination, the site also boasts a fabulous selection of stunning, expertly-maintained gardens. Along with several informal spots filled with fruit trees, climbing roses and other attractive displays, the castle is home to four formal gardens: the Governor’s Garden (designed to look like a tapestry from above), the Sutler’s Garden (containing both an area for herbs and vegetables and a pleasure garden), the Lambert’s Garden (a historic themed garden featuring medicinal and cooking herbs) and the Master Gunner’s Garden (a small plot that is kept as it would have looked in the 19th century).

The next landmark on our list is about as different from Castle Cornet as it would be possible to get. It could certainly not be claimed that the Pleinmont Observation Tower is anywhere near as architecturally attractive as the castle, nor is it anything like as old. Nevertheless, the undeniably striking and imposing tower still has an important role to play when it comes to telling the story of Guernsey.

The tower was built during the German occupation of the Channel Islands in World War II as a defence against possible invasion from Allied forces and, as such, offers a fascinating window into this traumatic period of the island’s history. Many of the defences that were built in the 1940s have now been destroyed, but the tower at Pleinmont has been kept in an excellent condition.

Visitors to the tower can enter it and climb to the top (where amazing views can be enjoyed), but anyone who is interested in going inside will need to plan their trip, as it is only open between the hours of 2 – 4:30 PM on Wednesdays and Sundays between April and October.

Those who do make the journey, however, will be able to admire the tower’s original rangefinders – which are still in working order and will be of great interest to any military history enthusiasts – and the nearby battery dolmen gun-site, which is the last of its kind in Europe and is sometimes demonstrated using blank rounds during the summer months.

You may not have expected there to be any landmarks in Guernsey that were even older than Castle Cornet, but Vale Castle – in the northeast of the island – can be traced back over 1,000 years. Despite its extraordinary history, however, this important site has not been exploited as a ‘tourist trap’ and is completely free for visitors to explore at their leisure.

Visiting Vale Castle is like walking through hundreds of years in just a few minutes. Of the structure that stands today, the earliest parts are estimated to be from the 1400s, with the latest additions being completed in the 1940s – once again, a remnant of the widespread fortifications that were hastily constructed by the occupying Nazi forces. From the immaculately-preserved 15th-century gatehouse to the intriguing German mortar pit, you will find something of interest wherever you turn in the castle grounds.

Like many of Guernsey’s best attractions, however, the incredible vistas that can be experienced at Vale Castle are among its finest features. Climb to the top of the ruins and you will be greeted with beautiful, unimpeded views of Herm and Jethou – Guernsey’s two closest neighbouring islands. Whether you are keen on history or not, we can guarantee that the views from Vale Castle will certainly be worth the short time it will take to get there.

Finally, we recommend that you visit a landmark which may not be as old as some on our list, but which is nevertheless of great significance to the people of Guernsey and anyone who is interested in classic literature. 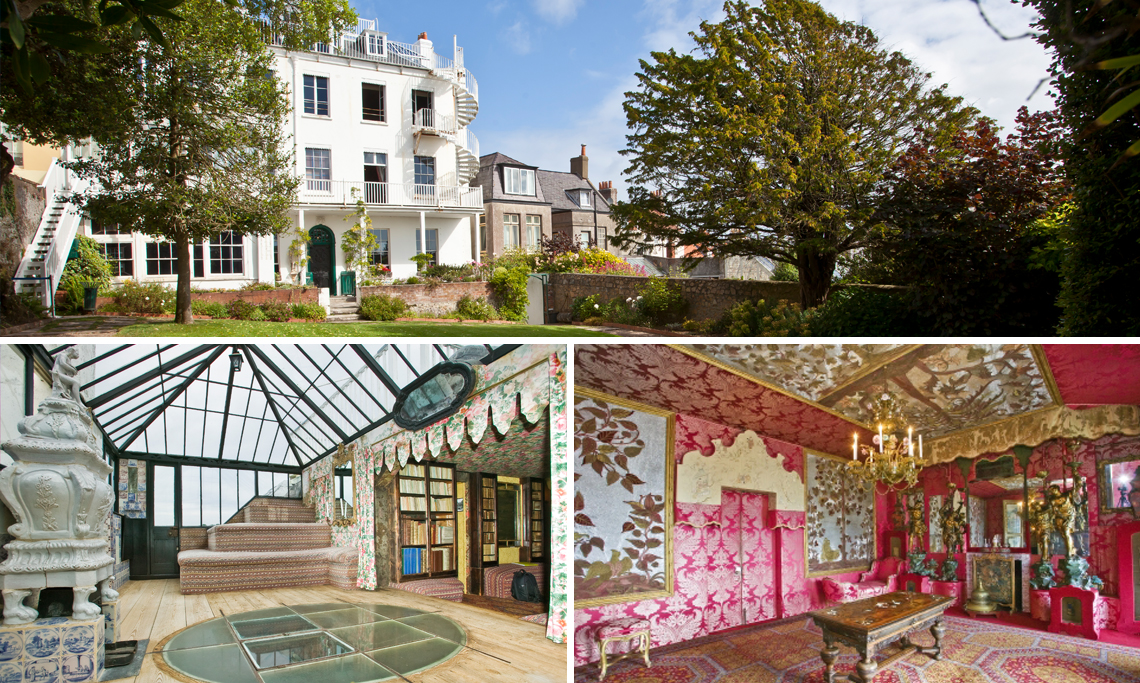 Hauteville House, in the capital of St. Peter Port, is commonly referred to as ‘Victor Hugo House’, because it was the home of the legendary French author for nearly 15 years. The writer of such masterpieces as Les Misérables and The Hunchback of Notre-Dame based himself in Guernsey whilst being in exile from his native country and, upon arrival in 1856, set about furnishing the property; today, the house can be seen just as it was during Hugo’s residence, with many of the original features still intact.

As well as the magnificent interiors, Hauteville House is also known for its extensive, vibrant garden and the views of St. Peter Port, Herm and Sark that can be taken in from the building’s top floor, where the author used to compose his classic books. A visit here will surely prove to be one of the most memorable parts of your holiday in Guernsey.